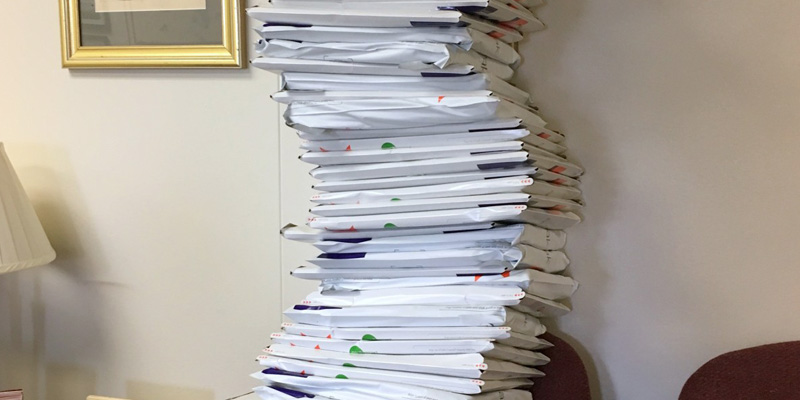 The 2019 H-1B Cap Season: Update for Employers and Beneficiaries

The H-1B cap filing deadline has arrived and this office is taking a breath after a busy “cap” season. In order to anticipate and address some of the most commonly-asked questions from employers and H-1B beneficiaries, we provide the following:

On March 30, 2019, Petitions for Non-immigrant Worker requesting H-1B status for “cap-subject” employers were submitted to U.S. Citizenship and Immigration Service (USCIS). All “cap-subject” Petitions filed by this office were delivered to the regional processing center of the USCIS between April 2 and April 4, 2019. The Petitions filed by this office will be among an estimated 200,000 received by USCIS in the first days of April 2019.

Question: What is the H-1B cap?

U.S. immigration law limits the number of new H-1B’s to less than 85,000 per fiscal year. Once USCIS receives Petitions in excess of the annual cap, it will stop accepting cases. For this year, it is expected that USCIS will accept cases for five days, until Friday, April 6, 2018. By the end of business on that day, USCIS will announce that it has reached the limit of new filings for the fiscal year and it will decline to accept new cases. This means that more than 60% of timely-filed Petitions will be returned, unfiled and unreviewed.

Question: How does USCIS choose which cases will be reviewed and which will be returned?

To choose which cases are selected for review, USCIS will conduct a lottery. The lottery will select 20,000 timely-filed cases under the “Master’s Cap”; this is for individuals who have at least a U.S. Master’s degree. The lottery will then select roughly 58,200 timely-filed cases under the “Regular Cap”; this includes overflows from the Master’s cap and everyone else. The remaining 6,800 H visas are set aside for H-1B1 beneficiaries from Chile and Singapore.

Question: How does the lottery work?

Good question. This information had been closely guarded by USCiS. However, in 2016, a lawsuit was filed under the Freedom of Information Act (FOIA) seeking transparency and disclosure of details on the lottery process. That FOIA lawsuit yielded roughly 4,000 records relating to the H-1B cap selection process. In essence, the Petitions received during the first five days or April are assigned a number. Then, USCIS uses a computerized random number generator to select the cases under the Master’s cap and Regular cap which will be reviewed. The remaining cases will be returned, along with checks for filing fees.

Question: When will employers/beneficiaries know if a case has been selected?

In 2017, this office received its first filing receipt on April 23; we received our last filing receipt roughly two and a half weeks later, on May 11, 2017. At this moment, we do not know when the lottery will be conducted or when the filing receipts will start and stop. That said, it is likely to follow the same pattern as previous years.

Question: What should employers and beneficiaries do for now?

Stay focused on work and family; try not to worry or be anxious. Try to understand that the process is now out of our hands. This office has worked well with a wide range of employers during the months of January to March 2018 to gather and review documents, prepare forms and letters, compile and copy exhibits and finalize Petitions for timely filing. It is important to be aware that, even if the Petition is accepted for review, that is not a guarantee of eventual approval.

Question: What about Optional Practical Training?

If a beneficiary is in F-1 status on OPT and if his/her “cap” case was accepted for review, then he/she will have an automatic extension of the OPT. This extension, called the “cap-gap” extension will last until the earlier of H-1B case is denied or October 1. If the beneficiary is in F-1 status on OPT, and if he/she graduated with a STEM major, then he/she may be eligible to apply for a 24-month extension of the OPT. For additional information on OPT, please consult the international student advisor at the college/university/school which acts as the Designated School Official. For additional information about both “cap-gap” and “STEM” OPT, click here.

Question: Will my accepted case be approved?

Even though roughly 85% of accepted cases are approved, we are in a period of tightening adjudicatory standards. This means that USCIS is issuing more requests for evidence and, based on narrowed interpretations of existing regulations, is expected to deny more cases than ever before. For more information on the Trump Administration’s attitude towards employment-based immigration, click here.